The base is Zvezda kit (no 5011) mixed with parts from Italeri set no 7040 (tracks, hatch). There are some extra aftermarket sets:

As you can see I made welding effect around the turret and at the front of the hull. I used plastic stick and Tamiya Epoxy Putty.

The armour texture was prepared using old brush and mixture of Tamiy's putty and glue. 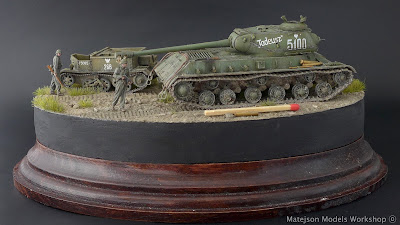 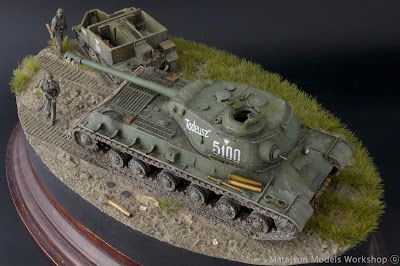 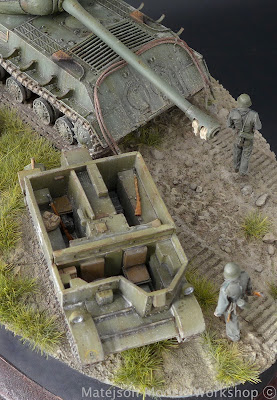 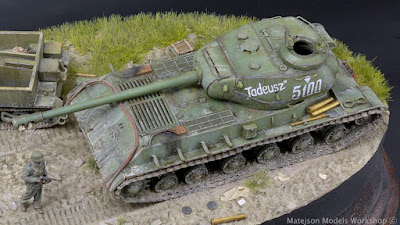 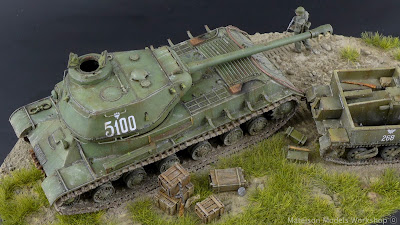 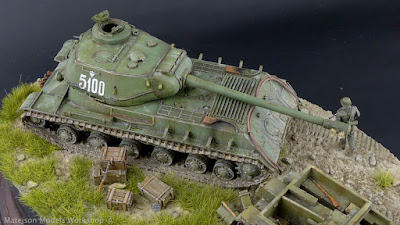 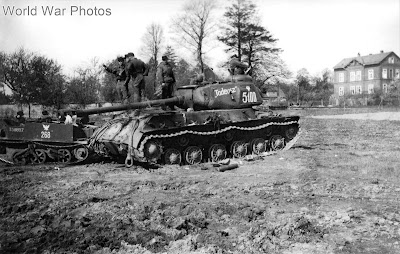 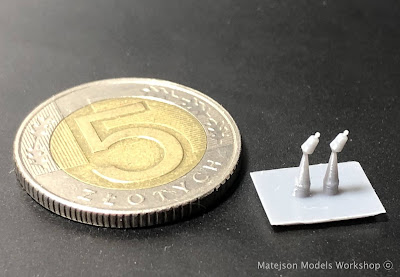 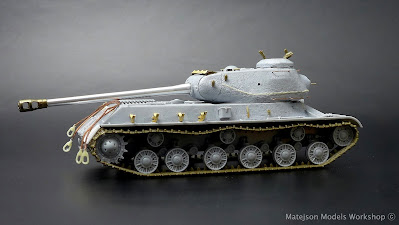 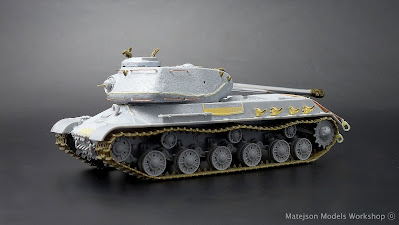 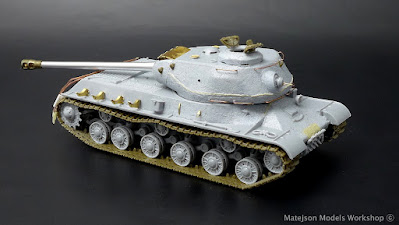 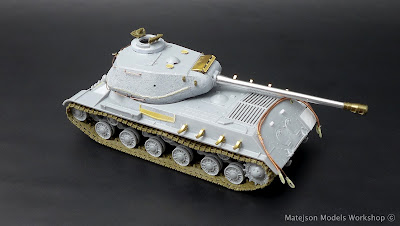