This step give the pre-final effect of burned out surface. I didn't use this technique before, that's way tested it earlier on old tank model to try all possibilites.
Firstly, I applied Heavy Chipping Acrylic Fluid by airbrush on main burned out sheets. Two or three thin layers is enough. Then I had to wait above 5 minutes to allow layer get dry.
The next step is applying black color. I used Humbrol Enamel H33, which was forgoten by me, because I didn't open it by ages.

In the beginning, I airbrushed few turret sheets The paint was diuluted by original Humbrol thinner.
After one or two minutes, I've started removing the humbrol coat with water. I humidify the coat very soften using flat brush, which was moisturized by water. After a while the coat started removing from the previous surface. It's important to control the quantity of chipping, which we would like to get.
When I finished the turret, I started paint the rest surfaces on the tank in the same technique.

I'm not satisfied in 100% of the final effect. In my opinion, I diuluted Humbrol enamel to much and the layers were too thin. As people say...pratice makes perfect. 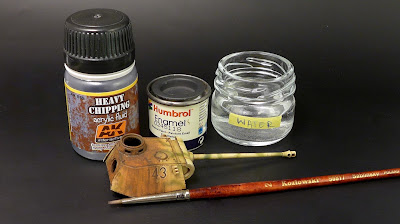 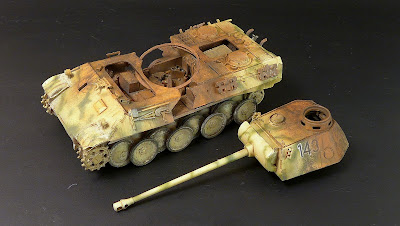 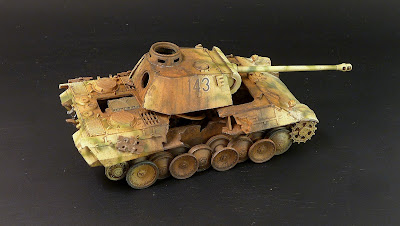 Next step is wash. 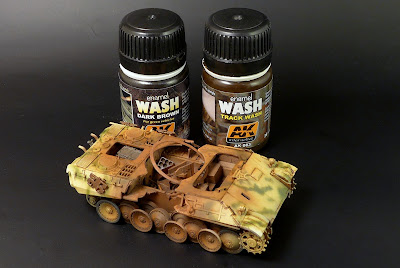 I didn't forget about weathering effects. In some places I applied dry pigments and fix them using lighter fluid. 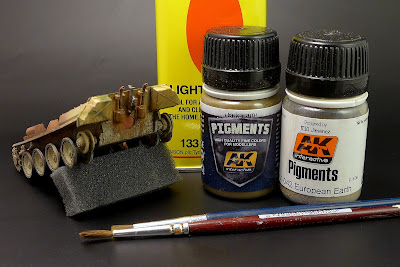 I applied pigments straight from the bottle on flat surfaces. Then I created streaking grime effects using flat brush, which was moisturized by thinner. 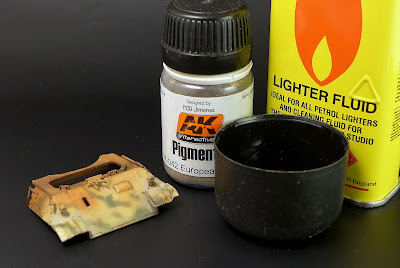 Splush mud effect was prepared by mixing three product like on the photo. 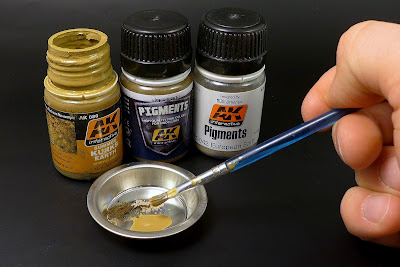 With the help of the toothpick and flat brush I've applied all the dry mud splashes. 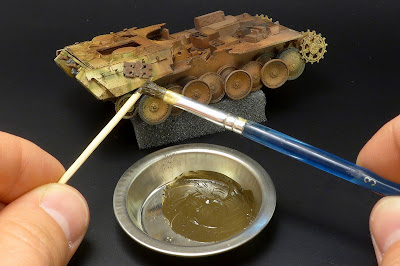 The front armor shows all techniques, which were used till now. The end is coming soon... 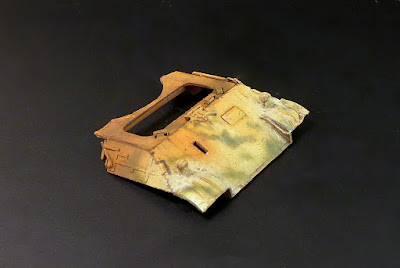